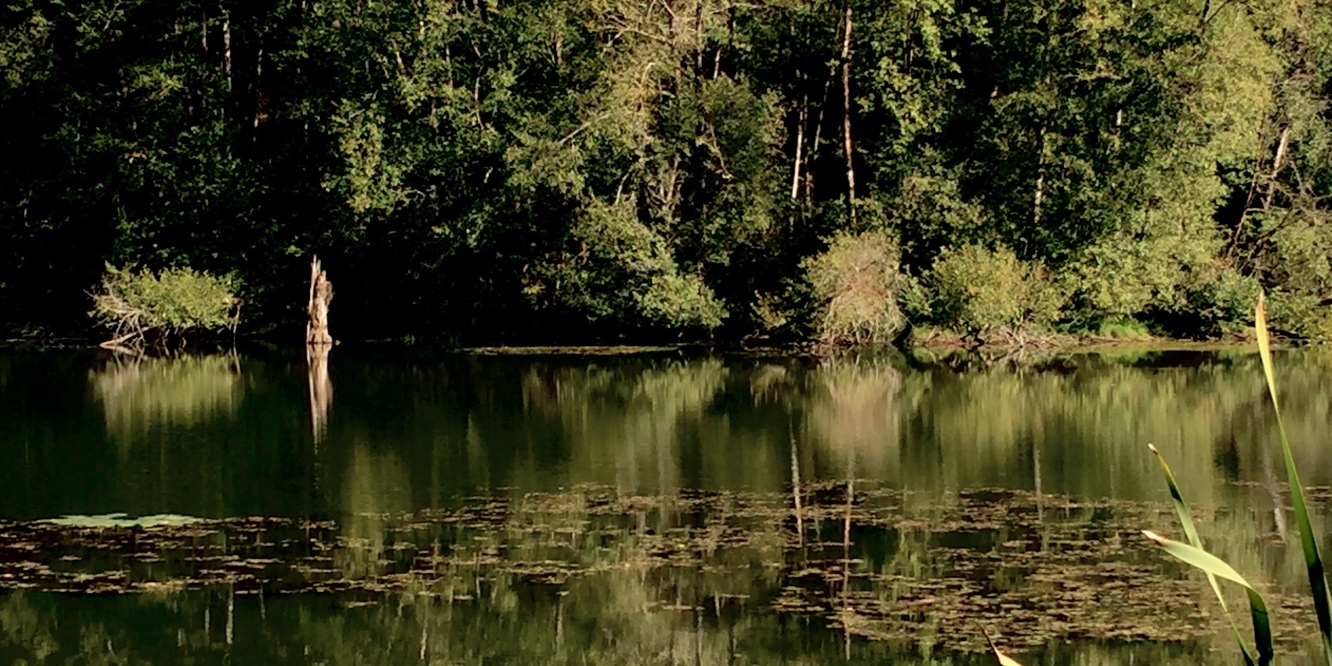 The sun is streaming through every window on the south and west of the house, which is the site of my new office. I was in the midst of typing something completely different for One More Thing to Read when I realized it was raining at the same moment all this glorious sunshine was shimmering through the leaves and evergreen needles.

Such is life in a rain forest outside of Portland, Oregon. We get precipitation when the city gets clouds, and we often have a good dusting of snow in the winter when there’s nothing even a mile south of here. The forecast on my phone said that there was a 40% chance of rain during a one-hour window today. I should have believed it, but the TV weather forecast said it would be dry all day long. I should know that the wizards of weather that provide information for the phone usually get it right when local television doesn’t even mention us unless there’s a tornado.

We actually had a tornado the first year here, but it was not a Great Plains mammoth that wipes out cities. It was small, brief, and damaged an old fence and some insecure guttering on a house in town. I still call that intersection Tornado Alley because it was momentous at the time.

As I mentioned, local television weather doesn’t care what happens to us. Even a few weeks ago when our rain forest was dry and brittle, and the winds from the west gusted for over a day before the smoke from the Oregon fires overtook us for more than a week, I had to hear about the nearest fire to the house from my good friend in another state who searched online for an update out of her concern.

That was the first time in my life up and down the West Coast that I decided the danger was upon us and began gathering papers, electronics, and clothing. (I will note that Gary laid out his comfortable lounging clothes while I grabbed my good stuff, including a Coach bag, all the Louis Vuitton, and a brand-new pair of boots. Destitution doesn’t have to leave you looking destitute if you have a few hours to pull things together. Just look at Thurston and Lovie Howell!) I’m good in a crisis, and I calmly and silently began photographing rooms, closets, and the contents of drawers.

Fortunately, we never actually had to evacuate during those stressful days, but as I saw all those people out here in the West who were evacuated and many who never came home again, I no longer deny the possibility that those of us living in this idyllic spot face an annual danger that is only getting worse. The fire season is almost year-round at this point, and the destruction has set records.

We have no more time to deny climate change. I’m no longer patient with flippant attitudes and statements like, “Just look at all that snow! And you tell me that the planet is heating up!” In the biblical allegory of the Flood, the deniers scoffed at Noah until the water started rising. In our era we will continue to deal with people who “think” and “feel” one way while denying Science. These days I’m doing my best to not hate them, but pity them while hoping they’ll be moved to the sidelines as we try to salvage what remains.

Not very hopeful, but I can’t forget what a scientist said in an interview the other day. I’m paraphrasing: “We will not ever be able to recover our grandparents’ environment, and we won’t be able to recover most of our parents’ environment, but we can figure out solutions to continue human life on this planet.” Seeing that the scientist was young enough to be my child, I was especially chilled.

So much has been going on this past year, and I’ve been looking inward more than I’ve been writing. So much of the world is about politics, and I have striven to keep this space free of political bias. That said, the existence of global warming is not debatable, nor are the effects attributed to it. Climate change shouldn’t be politicized any more than wearing masks and maintaining social distance during our current pandemic. People I once considered reasonable have lost their minds and placed their faith in some crazy messaging. Staying safe has become a political issue to them after rebellion and denial have been handed down by unscrupulous people who work around the clock to foment confusion and division.

May our country find its way back to the Paris Agreement, and may true experts be given the opportunity to work for our greater good. I could add more to this statement, but least said, soonest mended.

To learn more about my books, including the three featuring Maggie Lyon and two that are filled with riotously funny moments, visit my author page at: http://www.amazon.com/Patrick-Brown/e/B005F0CYH2/ref=sr_ntt_srch_lnk_1?qid=1419885131&sr=8-1

4 Replies to “A Changing Climate”